Many people would rather sweat it out on a treadmill than practise yoga in the comfort of their own homes. This attitude stems from the fact that we are still oblivious of the health benefits of yoga. Here are seven fierce and incredibly fit women who practise yoga every day and deserve a shoutout on this day of International Yoga Day! 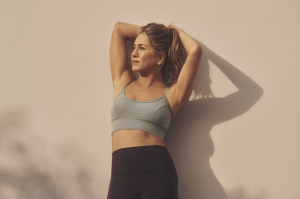 Jen has been a self-described yogi for many years. Since 2005, for example. Jen’s favourite yoga flows have yet to be disclosed on Instagram, despite the fact that she has only recently joined the platform. However, she has revealed that yoga is how she builds inner strength and long, lean limbs. 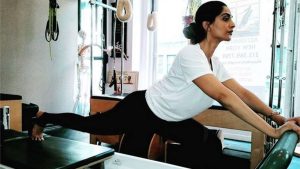 Sonam Kapoor’s daily yoga practice shows in her appearance. Her positive attitude is also due to the yoga she practises on a regular basis. Radhika Kale teaches yoga to Sonam Kapoor. When the actress first started practising yoga, she loved aerial yoga because it made her more flexible and helped her burn off extra calories more easily. Sonam also began attending Bikram Yoga classes. Bikram Choudhury, a yoga guru, created these classes. This class includes 26 asanas and two breathing exercises.

Gwyneth Paltrow, Goop by name, Goop by nature, lives as she teaches, luxuriating in green juice, yoga, and, er, vaginal jade eggs? Aside from that, the mother-of-two is seen here placing her trainer, Harley Pasternak, on a beach mat through his yogi-paces. We’re already envious of what she has in store for us this International Yoga Day.

How can we forget this lady when discussing celebrity yoga? Kareena Kapoor Khan introduced Malaika Arora to yoga. Payal Gidwani Tiwari is her trainer. Dhanushasana, padmasana, and suryanamaskar are her favourite poses. She enjoys the breathing exercises that yoga entails. Because yoga requires a lot of concentration, she believes it has helped her concentrate. When discussing the benefits of yoga, she stated that suryanamaskar has helped to improve the glow on her face because it improves blood circulation within the body.

Being one of the world’s best tennis players doesn’t mean you neglect the rest of your life; it probably means you work even harder to stay loose, flexible, and limber. Maria Sharapova attended a 60-minute Taylor Swift class in Nashville, which TBH thinks sounds divine. Difficult to imagine what she might’ve already planned for International Yoga Day.

Kareena, who gained a lot of weight during her pregnancy, lost all of her kilos after giving birth by doing regular yoga. Anshuka Parwani, who runs the yoga institute ‘Anshuka Yoga’ and has been her yoga trainer for almost ten years, has revealed in interviews that the actress lost weight by doing pranayams and surnayasmaskars. While the former helped to restore her hormone balance, the latter significantly improved her posture. She currently does 50 suryanamaskars per day, in addition to 45 minutes of other asanas.

Miley Cyrus’ yoga flow moves fluidly as she performs the Bhujapidasana, not to mention, her angelic voice and keen veganism. Miley is an excellent full-body strength builder who understands the importance of creating a calm environment to flow and grow.

Previous articleKareena Kapoor Believes That “The World Is A Yoga Mat,” As She Pegs Various Yoga Asanas In New Photos
Next articleFitistan Jumping Jacks Challenge

The Best Full-Body Barbell Workout for Men to Lose Fat