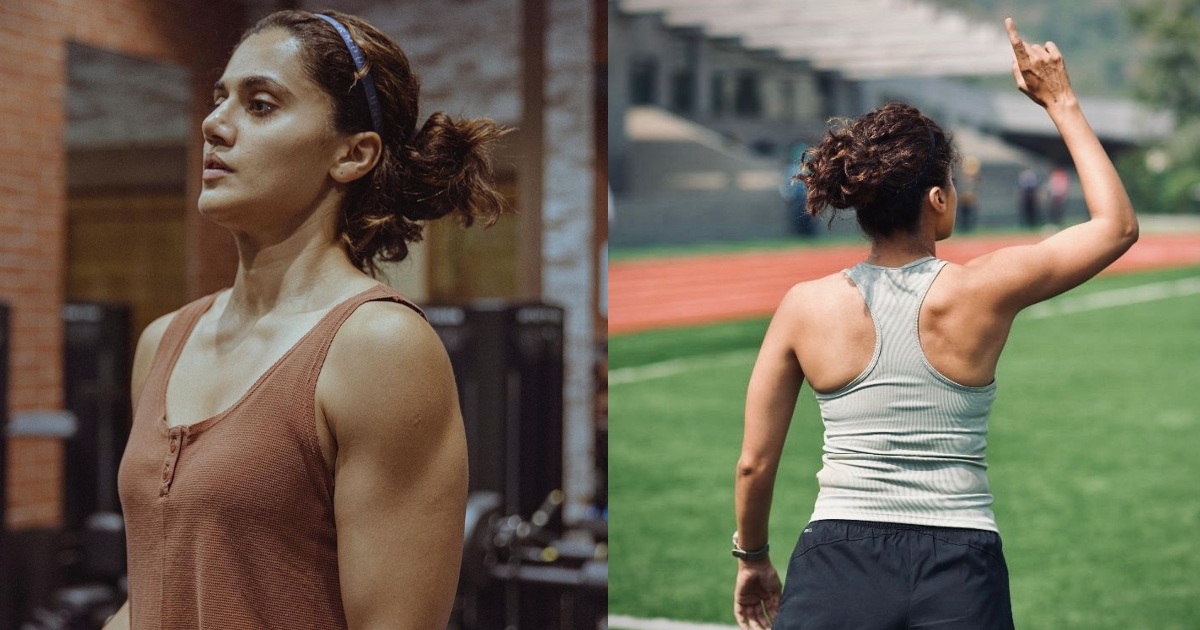 Taapsee Pannu is on the pinnacle of her physical game as she trained for her part in the former Rashmi Rocket, which she had begun filming in Pune, and the Thappad actor had been sharing glimpses of herself prepping and rehearsing for the film, in which she portrays an athlete. Her character is Rashmi, a Gujarati girl who sprints so rapidly that the locals call her Rashmi Rocket. Taapsee had been working out even as filming for the movie had begun, and she recently turned to Instagram to discuss a ‘fat-burning powerhouse of a drink’ with her followers.

Taapsee Pannu, a Bollywood actress, published the recipe for a fat-burning drink on Friday. She refers to it as her exotic sunset cocktail. She can be seen sipping from a glass while standing on a beach in the image, with the sunset providing the beautiful golden hour light. The Pink star credited the ‘unique sunset drink‘ to award-winning dietitian Munmun Ganeriwal in her post.

Explaining what the drink is, Taapsee wrote on Instagram, “This fat-burning powerhouse of a drink has raw, unfiltered apple cider vinegar with the mother…Along with it are fenugreek (methi), turmeric, and ginger.”

She added, “Turmeric & ginger are powerful inflammation-fighting agents so instead of going for pills, it helps to combat the pain and inflammation in muscles caused by my tough athletic training. Talk about being natural and exotic!”

Apple cider vinegar provides a variety of health benefits. It promotes cardiovascular health and keeps you satisfied for longer, which prevents binge eating and so aids in weight loss.

If you’re new to it, start with tiny servings because it might cause acidity and stomach issues. Do not forget to temper it down before drinking. 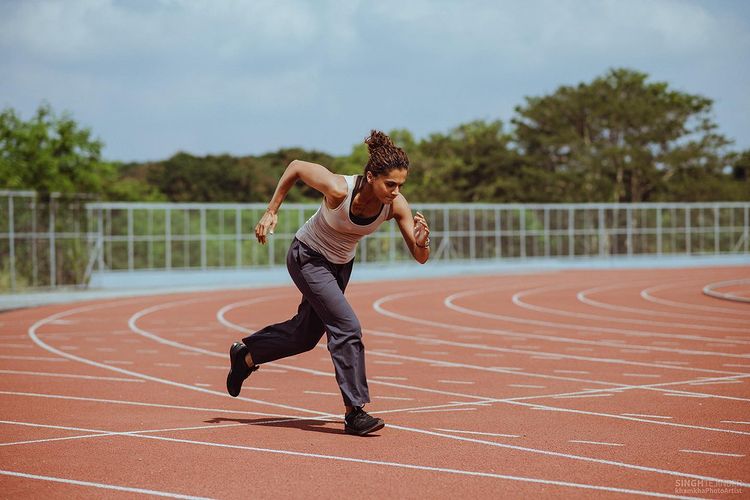 Ginger contains chemicals known as zingerone and shogaols, which may aid in weight loss. A study revealed that women with weight issues who took 1 gramme of ginger per day for 12 weeks had less appetite and body measures than those who received a placebo.

Turmeric studies show that turmeric can play an important role in weight loss. Curcumin can lower explicit inflammatory markers that have a role in weight disorders, according to a test-tube study. These indicators are higher in people who are overweight or have a weight problem.

For the movie, Taapsee is following what is known as the “shredding diet”, which comprises a five-meal plan with a balanced proportion of nutrients.

Look Gorgeous This Festive Season With These Magical Skincare Tips!

Huge Success Of The Fit Bharat Soldierathon On The 73rd Republic...