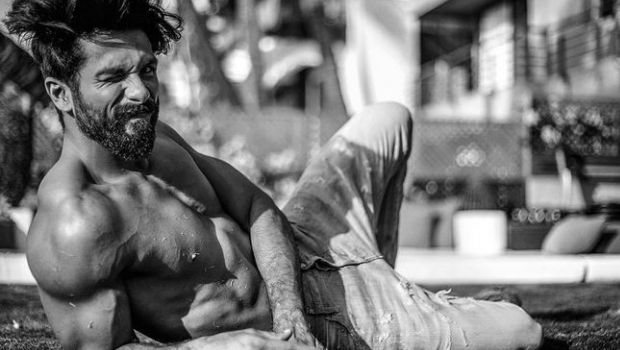 The 38 year old boy next door actor, Shahid Kapoor, is now a heartthrob with washboard abs and a swoon figure. He has surprised admirers by experiencing drastic transformations for his films, including Udta Punjab, Padmavat, and Kabir Singh and for the upcoming release, Jersey.

Undoubtedly, he is one of the profession’s fittest and sexiest stars right now. Not to mention that he is the father of two children too!

He is a devout vegetarian who adheres to a stringent six-day fitness regimen. He has frequently spoken on the importance of eating healthily and sleeping in order to keep one’s body in good shape. Let’s take a look at how he utilized these two factors to his advantage while morphing into a Rajput King!

He starts his aerobic routine by jogging on the treadmills. He is extremely dedicated and does not skip a single session. He finds motivation to concentrate out for a couple hours 6 days a week and enjoys a day off to recuperate.

Swimming and yoga are also part of his fitness routine. Aside from that, Shahid is well-known for his incredible dance abilities, and he adores dancing. As a result, he incorporates dance into his workout routine, which helps him shed calories and bulk up.

Diet has a significant influence in shaping your body. Shahid Kapoor’s situation is not unique. He closely adheres to a vegetarian diet. He’s also picky about pre- and post-workout munchies, which are an important element of his diet. Here’s a quick glimpse at some of the foods he eats: Shahid replaces critical meat nutrients with vital plant-based proteins and other nutrients. He only takes the proteins and supplements that his nutritionist has suggested.

He consumes a lot of legumes, lentils, and greens. To compensate for the lack of animal protein, he takes a lot of whey protein products. He also drinks a variety of protein smoothies before and after his workouts. Shahid is very meticulous about mealtimes and never eats out of sequence. This assists him in maintaining a constant metabolic rate. In addition, rather than one major meal, Kapoor eats five servings all through the day, as recommended by all dietitians. 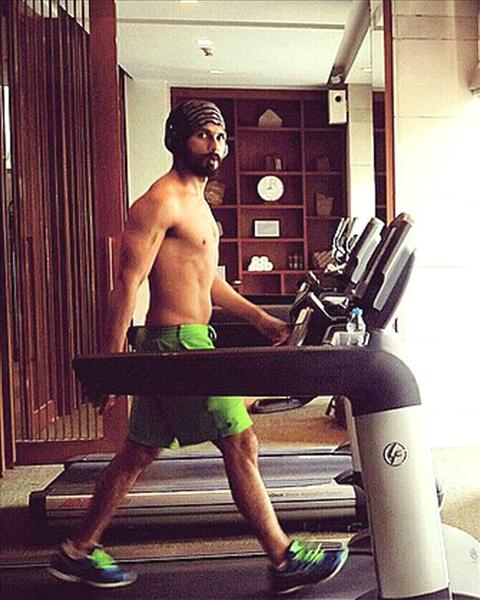 His favorite snack is a whey protein and stevia pancake with natural and fresh maple syrup. He occasionally indulges his fast food urges by eating a cheese patty with beans. To satisfy his sweet craving, he also consumes a shake composed of dark chocolate with protein powder.

Shahid deemed it necessary to shun all forms of oily and calorically dense foods. He also limits his salt consumption to a minimum level. Furthermore, his primary supply of sugar is natural sugar obtained from the different fresh fruits he consumes on a daily basis.

3 Effortless Ways to Take the Headache Out of Sticking to...

Exercise And Why Exercise?

Want To Look Cool While Working Out? Aerial Yoga Is Perfect...