They say decaf coffee only works if you throw it at people. Yeah, you can chose to do that but do you also want to reduce your coffee consumption? Perhaps it’s because you desire a better night’s sleep, jitter-free days, or you’ve read that coffee might cause cancer. (Don’t worry: it’s quite unlikely.) It’s not exactly unusual to consider dropping back for a variety of reasons. After all, we consume a lot of it.

But cutting ties is difficult. And for every counter-argument, there seemed to be a plethora of health benefits to consuming the good stuff. If only there was a caffeine-free, coffee-like alternative…oh wait, there is.

How Do You Decaf Coffee?

According to a 2017 systematic review, decaf coffee is comparable to normal coffee in composition but has little or no caffeine. To remove caffeine, producers soak or steam un-roasted coffee beans in a mixture of water and additional chemicals such as activated charcoal, supercritical carbon dioxide, methylene chloride, and ethyl acetate.

Caffeine is a water-soluble substance, thus manufacturers employ it. However, employing water alone may remove other substances from the coffee beans, such as proteins and sugar. Using extra chemicals accelerates the decaffeination process, minimizing the loss of non-caffeine ingredients and preserving the characteristic coffee flavor.

Although decaffeination is often done prior to roasting, a 2018 study reveals that caffeine extraction may be quicker with roasted beans.

Coffee, whether decaf or normal, is high in antioxidants. And, while decaffeinated coffee may have somewhat reduced levels of those antioxidants, it isn’t devoid of the advantages.

A research showed people who drank decaf coffee had a lower chance of acquiring rectal cancer. A rat research found that mice supplied with coffee significantly outperformed in cognition-related activities than those who did not, implying that coffee, regardless of caffeine concentration, may decrease age-related mental deterioration.

Coffee, both decaf and caffeinated, has been found to preserve neurons in the brain and may aid in the prevention of illnesses such as Alzheimer’s and Parkinson’s. 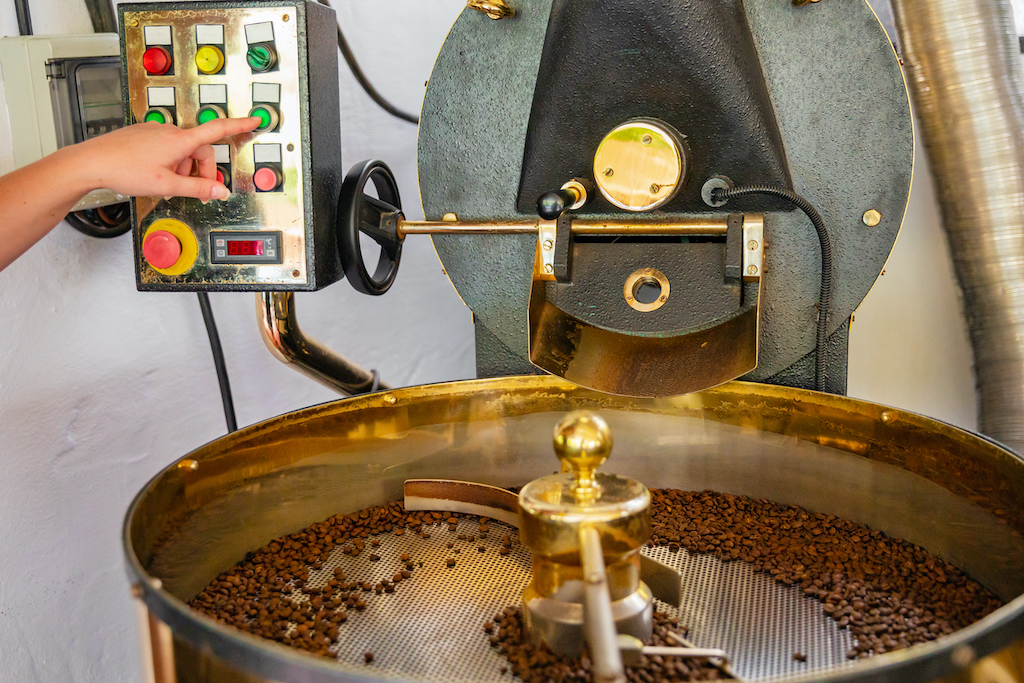 Is It Better Than Caffeinated coffee?

Regular coffee has a broader list of health advantages, but that doesn’t imply it’s inherently healthier. On one hand, there’s the notion that because caffeinated coffee has been researched more extensively, we know a lot more about it, resulting in all those advantages. However, there is another important factor to consider: individuals who are sensitive to caffeine.

After a cup of coffee, many people experience symptoms such as acid reflux, heartburn, and overall stomach pain – hardly the best way to start the day. However, because the decaffeination treatment can make coffee softer, decaf may alleviate these difficulties, making it a better option for some.

Caffeine is also responsible for less-than-ideal side effects such as anxiety, insomnia, elevated blood pressure, and exhaustion. Caffeine is a narcotic, and while it isn’t as powerful as some of the stronger stuff, daily usage may nevertheless lead to cravings and physical dependence.

Caffeine might also have a harmful impact on certain drugs. However, because of its limitations decaf is a considerably safer alternative to caffeine (though please consult your doctor if you have a medical condition that requires minimizing caffeine consumption).

Fitness Freak of the week- Suniel Shetty Hot at 50’s

Try These 6 Yoga Poses If You’re Suffering From Headaches

The Key To Mini Mathur Exercise Routine Is ‘Balance’