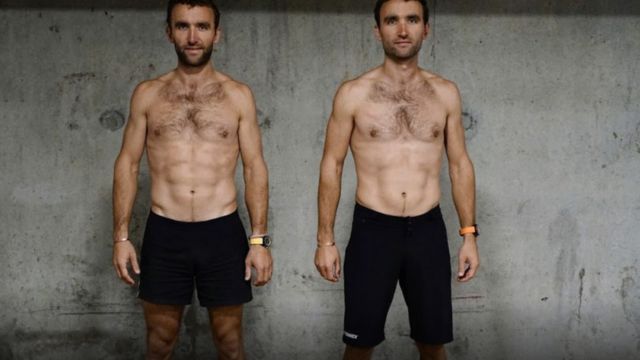 Identical Turner Twins Hugo and Ross Turner are adventure athletes that are always trying to find ways to improve their performance. With the help of scientists at King’s College London, they went on a 12-week fitness program with a twist: Hugo turned vegan, and Ross continued to eat meat. Which diet is the best? Know here.

These genetically cloned Turner Twins decided to be the adventure guinea pigs considering they have been experimenting on various things for years. This experiment was to test the affects of exercise and diet on the way the twins respond to foods.

Vegan diet takes a hit on the body in general. As a first-time turned vegan, Hugo struggled in the beginning considering the sugar levels were satiated during the day. Similarly, performance took a toll for Ross as well on his meat diet. While he was super energetic some days, there were lull days too.

It’s not just the amount of sugar you consume, but how your body processes it. Ross was above average for the way he processed fats and sugar whereas Hugo was below average despite being identical twins.

If you treat the microbes – also know as gut bacteria – in your body right, they’ll work towards keeping your body in the best shape along with helping the immune system to fight infections. They will ask your brain not to feel over hungry or stressed or depressed. In these identical twins, it showed that metabolism was different and that’s in a way an example of why all of us react differently to foods.

The Turner Twins are healthy athletes, but for those starting from a low nutrition baseline, the recipe to better nourish your gut microbiome health is diversity.

There is no universal diet that works for everybody, even when you share the same genes. As Turner Twins suggest, Having a balanced diet is really the key. Just go and explore your body and the diet it needs. Experiment than blindly follow and find out what works for you!

4 Heart Health Tips Every Woman Should Look Out For

The OG Roadie, Rannvijay, Turns 39 And We Can’t-Wait To Share...

Fit Bharat Challenge: Here’s why you should take part in Side...

How Often Should You Workout?

Do These 5 Stretching Exercises To Increase Height Quickly