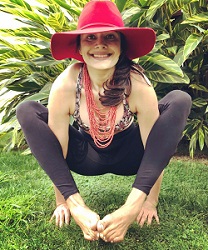 Pooja Batra is an Indian movie star and a former Miss India who now resides in Los Angeles.

Pooja is well known for her numerous hit Bollywood films including Virasat, Haseena Maan Jayegi, Kahin Pyaar Na Ho Jaye and Taj: The Eternal Love Story. Her most recent release was the psychological thriller ‘The Mirror Game’ which after a theatrical release in India can now be seen on Netflix.

Pooja is also working in Hollywood films having acted in the 2017 film ‘One Under the Sun’  ‘Lethal Weapon’ series & currently working on a movie called Singh in the Rain with Anupam Kher. 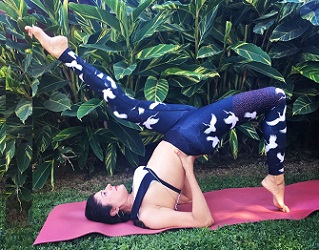 Pooja has another facet to her that only those who follow her on social media (which is actually millions of people) know about. The fact that she is a yoga aficionado.

Pooja of course has been extremely healthy and fit throughout her life, a fact which finds it’s roots in her army background about which Pooja says ,’ theres’s nothing quite like the army when it comes to discipline, I’m very grateful for that background from my Dad and the ideals he instilled in us as kids which have stayed with me throughout my life and have been a strong guiding force both in my professional and personal life.

Pooja has been practising Yoga for years now and is an astute follower and religiously and consistently spreads it across the globe wherever she travels. 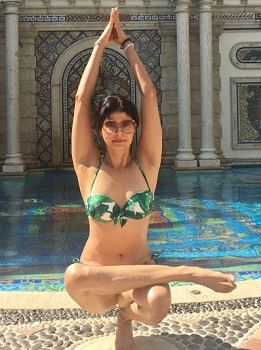 She has now come together with her ‘Mirror Game’ co-star Parvin Dabas,who runs the entertainment company ‘Swen Entertainment ‘, to bring to her millions of fans everywhere, Yoga…Pooja style…with the show ‘Yoga with Pooja Batra’.  ‘Yoga with Pooja Batra’ is a boon to her fans who will now be able to learn and practise Yoga by following Pooja’s show and will be drawn to her personal and charming style…Yoga will not be the same again. Pooja is getting ready to convert millions of people to the Yoga lifestyle with her show which can be seen on www.fitnessindiashow.com and will soon be launched on The Times of India online networks as well as another huge OTT platform being announced soon.

Pooja signed off with the words ‘Yoga changed my life…and I am sure it will bring about positive changes in yours too…hope you will all join me on ‘Yoga with Pooja Batra’!

The first Yoga with Pooja Batra episode can be viewed at-

The Key To Mini Mathur Exercise Routine Is ‘Balance’

7 Yoga Poses To Kickstart Your Day