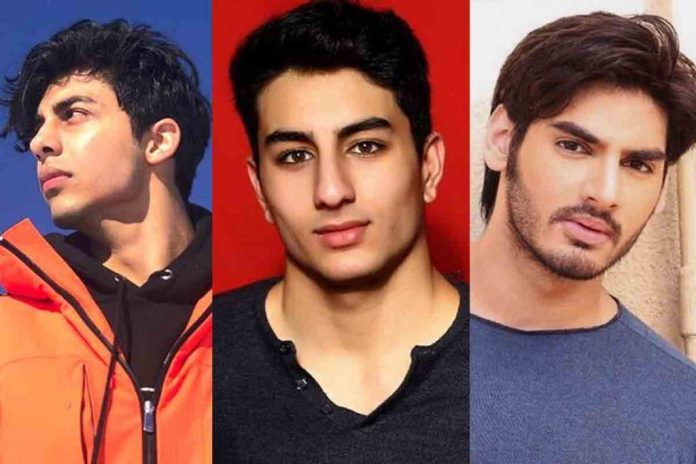 Some of the fittest people in the country work in the Indian film business. After all, these fittest celebrity star kids have spent years ensuring that they are in peak physical condition.

It’s almost as if Saif Ali Khan was cloned and made thinner and taller. Ibrahim is not only a carbon copy of his father, but he also appears to be in better shape. Ibrahim Ali Khan isn’t shy to show off his muscles on occasion. His six-packs have garnered him a slew of followers on the internet and rightfully holds his position on the top of the fittest celebrity star kids list!

Sonu Sood, the antagonist of Dabanng, is Eshaan’s father. While the rest of the world is fascinated by Sonu’s shredded body, it appears that his son is learning from the greatest. As a result, the young man should not be overlooked. When it comes to intensive training, he keeps up just well with his father.

Ahaan Panday, Chunky Pandey’s nephew, has been working out hard in the gym. In this photo, he appears to be quite ripped. It’s no surprise that he has legions of followers. If he keeps to his fitness programme, he’ll soon be higher on this list of fittest celebrity star kids.

Suneil Shetty’s 24-year-old son Ahan, who is preparing to make his Bollywood debut with the romantic action flick Tadap, enjoys remaining fit and maintaining a terrific body via frequent exercise and participation in active sports. It would not be unfair to say that Ahan has taken after his father in this aspect, considering Suneil Shetty is still in great shape at the age of 58.

Shah Rukh Khan’s son is another of Bollywood’s fittest celebrity star kids whose name carries a lot of weight. Whether Aryan chooses to act or not, everyone has noticed all of the actor-like skills he possesses. People say that Aryan has everything a future Bollywood actor needs, from his looks to his toned frame, to make it famous in the profession.

Madhavan and his wife recently relocated to Dubai to guarantee their son Vedaant had the finest possible preparation for the Olympics. The 16-year-old swimming prodigy is already making headlines as a national athlete in his training. He’s undoubtedly a rising star to keep an eye on in the future.

Was there any ambiguity? Tiger Shroff is unquestionably one of the fittest celebrity star kids in B-town. Inspired by his role model, Hrithik, the Baaghi actor can be seen often blowing people’s minds with his achievements in the gym. He’s not only muscular, but he also has the power to do both dance and martial arts.

What Is Period Poverty?

Take A Cue From These Global Yoga Icons This International Yoga...

Prepare Your New Year Resolutions With Us!

How Does Birthday Boy, Shahid Kapoor Maintain His Rustic Look?