Can you endure 30 days without your favourite alcoholic beverage? Several rounds of whisky don’t feel like an extravagance over the holiday season. By January, indulgence had become a habit. According to Harvard, this is when the appeal of Dry January comes in – a 30-day challenge that compels you to refrain from consuming any type of alcohol.

Dry January, for many, is a much-needed cleanse following a sybaritic holiday vacation in which every day begs for some type of (liquid) celebration. Dry January is not a new concept; it initially appeared in 2012 as part of a public health programme launched by the British organisation Alcohol Change UK. Since then, millions of people have taken the challenge.

The health advantages of abstaining from your favourite alcoholic beverage for even a month are substantial. According to Harvard, people who abstain from alcohol for 30 days not only slept better and had more energy, but they also shed weight, dropped their blood pressure and cholesterol levels, and reduced cancer-related proteins in their blood.

That being said, abstaining from alcohol for 30 days, especially straight after the holidays, is not easy. You may still be attending Christmas parties or tempted by that one glass of wine to unwind after a long day at work.

To help you fight the impulse, Harvard has compiled a list of suggestions to assist you in successfully traversing Dry January. 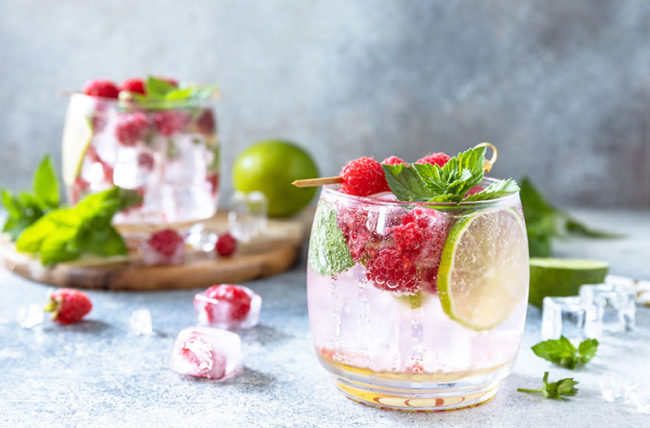 If you know you’ll be attending a social gathering where alcohol will be served, bring your own alcohol-free beverage — such as soda, sparkling water, or any mocktails available — so you may sip on throughout the night. The same logic applies when you want a nightcap after a hard day.

Where is the problem if the cause of the problem is eliminated? Remove any alcohol bottles from your home for the duration of the 30 days to avoid temptation. If that’s too drastic, put them in a cabinet and preserve the key out of sight.

There’s nothing like a good pep talk (or a dozen) to keep you on track. Create a support system for your closest friends and ask them to serve as temporary coaches. This will not only challenge you, but it will also help them hold you accountable.

There are applications that can help you cut back on your alcohol consumption by tracking your drinking and detailing the calories and money you save when you don’t drink. This serves as an instant motivation.

If at first, you fail, try again

If you succumb and have that one drink on a very difficult day… well, let’s just say it’s not blasphemy. People make mistakes all the time. The idea is then to avoid breaking the challenge and going on a binge. Simply start over the next day.

Do you plan on hopping on the bandwagon of ‘Dry January?

Previous article
Let’s celebrate Sidharth Malhotra’s birthday by admiring his shredded abs and trying to work out like him to earn the ripped brickwork
Next article
How should my testicles seem and feel?